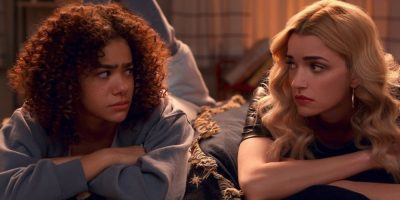 Ginny and Georgia are back for season 2, and the mother-daughter will face even crazier circumstances.

Netflix has released the first images from its latest season of the drama-filled coming-of-age show.

Showrunners say the season picks up a few weeks after the events of the last episode.

Georgia also gets an unpleasant surprise from her ex-husband, who was recently released from prison.

Fans have been waiting nearly two years since they left with a cliffhanger at the end of season 1.

It’s been a long while since we last saw Ginny, played by Antonia Gentry, and her mother, Georgia, played by Brianne Howey, so you are well within acceptable terms to rewatch the last season.