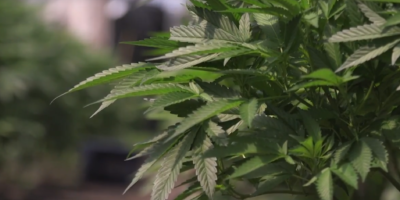 Going from arresting pot smokers to joining them as of 12:01 is a bit of a mindset switch for police.

[perfectpullquote align=”full” bordertop=”false” cite=”” link=”” color=”” class=”” size=””]”…we hope that they do it in a way that is respectful and lawful, that they follow the laws that do exist out there.”[/perfectpullquote]

Barrie Police Service’s Peter Leon stopped by Barrie 360 to discuss how officers are dealing with legalization. He says it’s all about choice; choice for the public, choice for officers. Leon tells us officers, just like regular folks, can choose to smoke pot, so long as those officers abide by the Fit for Duty Policy.

Peter Leon of the Barrie Police Service Outlines How Officers Can Smoke Pot, Or Not

“These are practices that have always been in place with respect to our service. We do expect our members to be able to report for duty, to carry out their duties and responsibilities they have as members of the Barrie Police Service,” he says “but they need to be able to report for duty that allows them to maintain the high level of professionalism and expertise that the citizens of this community have come to expect.”

That is when officers are on-duty. What about in their down time? Leon says they are free to choose, just like everyone else. “…I think that’s what this whole legalization approach is: it gives people choices to do different things, and if people choose to use marijuana and cannabis […] we hope that they do it in a way that is respectful and lawful, that they follow the laws that do exist out there.”

Related: Legal Weed Wednesday: What You Need to Know

One of the existing laws officers will be enforcing surround impaired driving. Leon says some highly trained individuals will be keeping an eye out “We have 45 officers that are trained in standardized field sobriety testing, and we have eight drug recognition evaluators who will then take that individual […] and be able to sit down, carry out a thorough and detailed interview, conduct a number of tests, and make that determination as to what the drug it is they may have, in fact, taken.”

As officers conduct ride checks, they will be handing out information cards Barrie Police had printed off, in the weeks and months following Legalization Day.

Barrie Police Handout Detailing When And Where You Can Smoke Pot