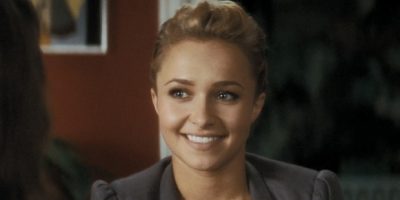 Hayden Panettiere is returning to the “Scream” franchise.

Panettiere played Kirby Reed in the 2011 slasher film “Scream 4.” Her character was the best dressed and definition of the “cool girl.”

After surviving a Ghost Face attack, we see her return for Scream 6, as the latest survivors try to move on with their lives.

Panettiere will join surviving members of the franchise, including veterans Neve Campbell and Courtney Cox, on the big screen in March 2023.

New slate of guests for “My Next Guest Needs No Introduction”

“My Next Guest Needs No Introduction” with David Letterman has revealed this season’s guests.

Will Smith sits down with the host, but his interview was filmed before the Academy Awards when Smith slapped comedian Chris Rock on stage.

“My Next Guest Needs No Introduction” premiered in 2018, following Letterman’s retirement from the Late Show in 2015.

People are flocking to the Disney + streaming service.

The house of mouse reports they received .7.9 million new customers in the first quarter of 2022.

87.6 million customers worldwide subscribe to Disney+, with 44.4 million in Canada and the U.S.

The news comes after Netflix lost nearly 200 thousand customers in the same quarter, and they expect to lose more.

Although they lost customers, Netflix still has strong membership numbers sitting around 220 million.