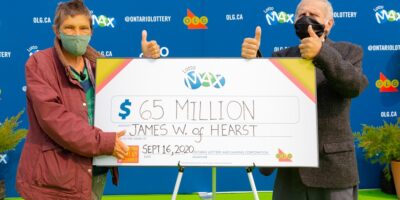 You can bet this one was worth the drive.

James Wickman loaded 24 family members into a rented coach bus and drove almost 10 hours from his home in Hearst, all the way down to Toronto.

James won the big jackpot in the September 8 Lotto Max draw. After checking his ticket on the OLG app, he had to double-check at the store. “I showed my wife the message on the app, but she couldn’t believe it and thought it was an error,” said James. “So, I went to the store to have the ticket checked through the lottery terminal and that’s when all the bells and whistles went off!”