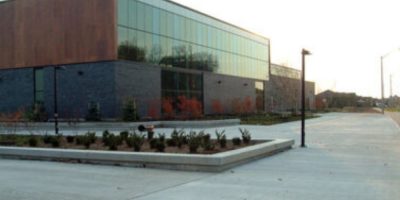 The eight-year sponsorship agreement is worth $640,000.

The deal kicked on Tuesday and ends Feb. 28, 2030. City staff are updating existing signage on the facility, references to the facility on the city’s website, publications and other assets to reflect the new facility name.

“I want to thank Peggy Hill for coming forward with this sponsorship,” said Mayor Jeff Lehman in a statement. “Peggy lives in our city, has built a successful business here and has contributed a lot to her community over the years. I’m delighted that the City is entering into this naming rights agreement with the Peggy Hill Team.”

Peggy Hill said in a statement that she wanted to thank the City of Barrie for giving her business the opportunity to support the community.

“The team and I are honoured to be in a position where we can support the community that supports us every single day,” Hill added.

As part of the agreement, the City’s Heritage Committee is being consulted on the development of an installation at the Community Centre to showcase the history of the Holly community. City staff are currently working with the Committee on an educational and historical display, and the potential to incorporate a collage of photographs depicting the history of the Holly area. This display will be installed at the Peggy Hill Team Community Centre in the coming months.

There was blow back from some in the community about the sponsorship deal.

More than enough for Coun. Gary Harvey at the time to oppose the renaming after initially supporting it.

“I’ve heard it pretty loud and clear from everybody that I have spoken with, well over 70 per cent of the people I have spoken with previous to last Monday, and also during this week have expressed concerns about the name, and this has nothing to do with the vendor that has come forward,” Harvey said during discussion at council in January about the name change.

He emphasized the main concern was the loss of the name Holly in the renaming.

The development of an installation at the community centre to showcase the history of the Holly community was added as part of the approval by city council.

The decision to look into naming rights deals for Barrie facilities was made by a previous council in 2015. The city has a list of buildings and even off-leash dog parks for which staff is looking to find a sponsor.