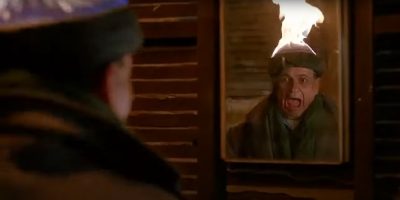 “Home Alone 2: Lost In New York” has been around for 30 years and still wows new generations who discover it.

The 1992 sequel to “Home Alone” is filled with booby traps, death traps, and great stunts set up by Kevin McCallister, played by Macaulay Culkin.

The scene where Marv, played by Daniel Stern, steps on a nail with bare feet still makes me cringe.

To quote one little boy I know, who watched it for the first time, “This is the greatest movie I’ve ever seen!”

But it wasn’t all fun and games.

In an interview with People, Joe Pesci, who played burglar Harry, says he suffered serious burns when filming the scene where his head was on fire.

He still has some scarring from injuries he sustained.

Most of his crazy stunts were left to the professionals, but the burn scene was done entirely by Pesci himself.

Even though many of the stunts were just amped-up versions from the first film, Pesci said the whole crew wanted to make a great film.
|
“Lost in New York had the same, if not more, energy and enthusiasm as the original,” he said.

He added that he had a great time on set with the cast and crew, but he kept his distance from the young Culkin, explaining, “I intentionally limited my interactions with him to preserve the dynamic between his character, Kevin, and my character Harry.”