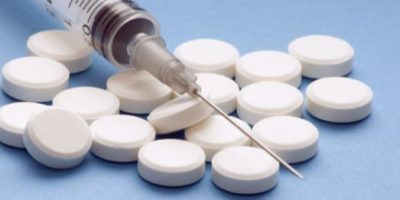 The health unit says over the past weekend there was a cluster of five suspected unintentional overdose emergency department visits within 14 hours at Royal Victoria Regional Health Centre.

Its unknown what substances were involved.

There has also been a steady increase in emergency department visits to Orillia Soldiers’ Memorial Hospital since late January. In a five-week period from January 26 to February 29, there were 54 suspected unintentional overdoses for opiods and other drugs, seen through the emergency department, which is roughly twice the recent averages seen in the facility.

Health officials point out there was also a rapid increase in overdoses from unknown substances at a supervised consumption service in Toronto last week.

They say many people overdosing on fentanyl are unaware that there is fentanyl in their drugs and that bootleg fentanyl, a powerful and dangerous opioid, is being mixed into many illegally sold street drugs including counterfeit prescription pills.