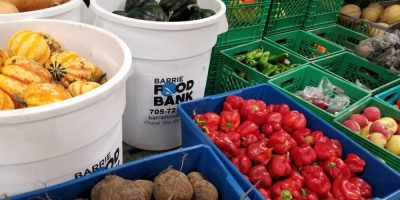 A recent report from Food Banks Canada shows a surge in demand for services across the country. Even more so in Barrie.

The annual Hunger Count report from Food Banks Canada, which surveyed nearly all the country’s 4,750 food banks, indicates there has been a 20 per cent increase in demand since the pandemic began. However, it’s higher in Barrie. “We are seeing a bigger increase in that in the Barrie area,” Sharon Palmer, Barrie Food Bank Executive Director, told Barrie 360. “Year over year, we are up 36 per cent in terms of the number of households visiting the Barrie Food Bank.”

Palmer points out that 35 per cent of the Barrie Food Bank’s client base are children, outpacing the national level by a few percentage points.

According to seasonal patterns at the local food bank, Palmer doesn’t foresee demand going back down anytime soon. “I think that we’re going to see high numbers throughout the fall-Christmas timeframe. Usually, we see a little dip in the summer because there are more seasonal jobs. But with what’s happening with high rents in the area, I think that there will be a continued need.”

It’s not cheap to live in Barrie, but Palmer says there are other factors at play here. “I think the cost of living is a major factor; cost of food has gone up, gas has gone up. And rent, of course, is very high in this particular area,” she said.

The national report highlighted the impact the pandemic had on Canadians, exacerbating an existing problem. Palmer points out the pandemic did show us something can be done about it. “I think that the programs that the government brought in around CERB demonstrated that, when people are suffering, if they can introduce income support for those people, that it does make a difference,” said Palmer. “I think that there’s an opportunity to focus on social assistance, for example, as an area that could be strengthened.”

In the meantime, the Barrie Food Bank continues to collect donations. Palmer suggests making a financial donation over a gift of food, not only can the Barrie Food Bank stretch that dollar further than the average shopper, it reduces the number of folks at the Food Bank warehouse. “One of the big reasons that we’re doing that is so that we don’t have to have a large number of volunteers in our warehouse sorting the food, which is a concern from a safety perspective with COVID and social distancing requirements,” she said.

Visit the Barrie Food Bank website for information on how you can make a donation. 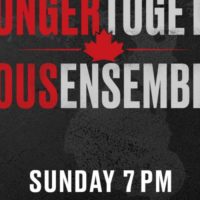