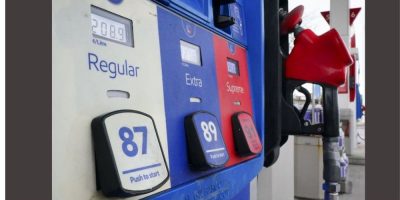 By Craig Wong in Ottawa

Soaring gas prices helped the annual inflation rate in May soar to its highest level in nearly 40 years, as the rising cost of living for Canadians squeezed household budgets and bolstered expectations the Bank of Canada will opt for a supersized interest rate hike next month.

Statistics Canada said Wednesday its consumer price index in May rose 7.7 per cent compared with a year ago, the fastest pace since January 1983 when it gained 8.2 per cent. That’s up almost a percentage point from April’s 6.8 per cent gain.

“If you aren’t over 40, you have never lived through inflation like this, and unfortunately, we are not expecting much of a reprieve going forward,” Preston wrote in a report.

The Bank of Canada has raised its key interest rate target three times so far this year to bring it to 1.5 per cent in an effort to bring inflation under control.

It has also said it is prepared to “act more forcefully” if needed, leading to speculation by economists that it could raise rates by three-quarters of a percentage point next month, matching a move by the U.S. Federal Reserve last week.

Desjardins chief economist Jimmy Jean said more than three-quarters of the components of inflation were up more than three per cent, the top end of the Bank of Canada’s target range.

“We have a record low unemployment rate, rising wages, so an economy that is really above its current capacity and that’s really in the in the backyard of central bankers,” Jean said.

“You could argue that there’s nothing we can do about supply chains and the pandemic and you know all those supply shocks that have happened, but when it comes to domestic demand and there being too much demand for the level of supply that there is, that’s really their responsibility.”

The average of the three core measures of inflation that are closely watched by the Bank of Canada rose to 4.73 per cent in May compared with 4.43 per cent in April.

“We know inflation is keeping Canadians up at night, it’s keeping us up at night, and we will not rest easy until we get it back to target,” Rogers said at an event in Toronto.

“We’ve been clear all along, the economy’s in excess demand, inflation’s too high, rates need to go up.”

In May, Statistics Canada said the price for food bought at stores rose 9.7 per cent compared with a year ago, matching the April increase, as the cost of nearly everything in the grocery cart went higher.

The cost of edible fats and oils gained 30.0 per cent compared with a year ago, its largest increase on record, mainly driven by higher prices for cooking oils. Fresh vegetable prices rose 10.3 per cent.

The cost of services in May also rose 5.2 per cent compared with a year ago, up from a gain of 4.6 per cent in April, as Canadians travelled and ate in restaurants more often.

Prices for traveller accommodation gained 40.2 per cent compared with a year ago, while the price of food purchased from restaurants gained 6.8 per cent.

Royal Bank assistant chief economist Nathan Janzen said while a lot of the growth is coming from higher prices for energy and food, the cost pressures are broadening across a wider array of goods and services.

He said the risk when price pressures creep across a broader set of goods and services is that consumer and business price expectations become unanchored,

“When that happens, that’s an environment where it’s much more difficult for central banks to get inflation back under control,” he said.

— With files from Ian Bickis in Toronto.