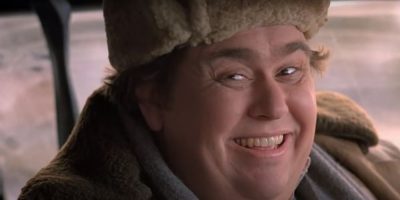 A documentary about the life of John Candy is in the works, and Ryan Reynolds says to “expect tears.”

Reynolds announced that he and Colin Hanks are creating the project to celebrate the life and legacy of the late Canadian comedian.

The film is being made by Reynolds production company, ‘Maximum Effort.’

In his announcement Reynolds said. “With John Candy trending, I’ll just say I love him. So much so, Maximum Effort is working on a documentary on his life with Colin Hanks. Expect tears.”

It’s the 25th anniversary of John Candy’s passing. We cooked up a small tribute to a comedic genius and Canadian hero. If you haven’t seen much of his work, take a look at his films. He was a treasure. Thanks to @chriscandy4u and @therealjencandy. 🇨🇦 pic.twitter.com/dHvuviKnBs

Candy’s name started trending this week after one of his many great films “Planes, Trains, and Automobiles” was re-released on 4K.

Reports say the Candy family has supplied Reynolds with archived and home video footage for the project.

Candy’s children confirmed the news on Twitter, with his daughter Jennifer saying the project is in great hands.

Boom! So looking forward to working on this with them and our family 😁 . This project is in great hands ❤️ @ChrisCandy4u @VancityReynolds @ColinHanks @MaximumEffort https://t.co/jW5XZyrlxJ

He got his first big break in the late 1970s, starring in the comedy ‘SCTV’.

He starred in countless classic comedies, including ‘Uncle Buck,’ ‘Cool Runnings,’ ‘The Great Outdoors,’ and ‘Only the Lonely.’

He passed away on March 4, 1994, of a suspected heart attack while filming ‘Wagons East’ in Mexico.

Below is a classic clip from ‘Uncle Buck’