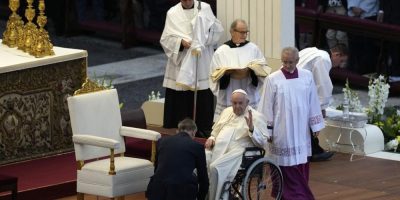 Pope Francis on Sunday beatified one of his predecessors, John Paul I, a briefly serving pontiff who distinguished himself with his humility and cheerfulness, and whose abrupt death in his bedroom in 1978 shocked the world and fuelled suspicions for years about his demise.

The ceremony in St. Peter’s Square constituted the last formal step in the Vatican before possible sainthood for Albino Luciani, an Italian who died 33 days after being elected pontiff.

“With a smile, Pope John Paul managed to communicate the goodness of the Lord,” Francis said in his homily.

“How beautiful is a church with a happy, serene and smiling face, that never closes doors, never hardens hearts, never complains or harbours resentments, isn’t angry, does not look dour or suffer nostalgia for the past,’’ the pontiff said.

Francis then encouraged people to pray to the newly beatified churchman to “obtain for us the smile of the soul.”

Last year, Francis approved a miracle attributed to the intercession of John Paul I — that of the recovery of a critically ill 11−year−old girl in 2011 in Buenos Aires, the hometown of the current pope. Now a young woman, Candela Giarda told a Vatican press conference last week via a video message that she had wanted to attend the ceremony but couldn’t because she recently broke a foot working out in a gym.

For Luciani to be declared a saint, another miracle, following his beatification, must be attributed to his intercession and certified by the Vatican.

Seated under a canopy outside St. Peter’s Basilica, Francis led the ceremony, which was punctuated by booms of thunder, flashes of lightning and pouring rain, prompting cardinals, bishops, the choir and thousands of rank−and−file faithful in the square to open umbrellas.

But by the end of the ceremony, the sun was shining, and Francis, waving while seated in a popemobile, toured the square, waving to the crowd, some of whom shouted, “Long live the pope!”

When elected pontiff on Aug. 26, 1978, Luciani, 65, had been serving as patriarch of Venice, one of the church’s more prestigious positions. In that role as well as that previously as a bishop in northeastern Italy, Luciani sounded warnings against corruption, including in banking circles.

In his short−lived papacy, which concluded with the discovery of his body in his bedroom in the Apostolic Palace, John Paul I immediately established a simple, direct way of communicating with the faithful in the addresses he gave, a style change considered revolutionary considering the stuffiness of the environment of church hierarchy.

Those who have campaigned for him to someday be made a saint have stressed his deep spirituality and his tireless emphasis on key Christian virtues — faith, hope and charity.

Luciani overcame “the temptation to his own self at the centre and to seek one’s glory,” the pontiff said.

The Vatican said John Paul died of a heart attack, but no autopsy was done. It gave conflicting versions of the circumstances of how his body was discovered. First it said that a priest who served as his secretary found him, but later acknowledged John Paul was found dead by one of the nuns who brought him his customary morning coffee.

With a huge financial scandal developing at the time in Italy involving figures who had links to the Vatican’s bank, suspicions quickly took root in the secular media that perhaps Luciani was poisoned because he intended to root out wrongdoing.

Books speculating on the circumstances surrounding his death sold millions of copies.

Alessandra Tarantino contributed to this report. 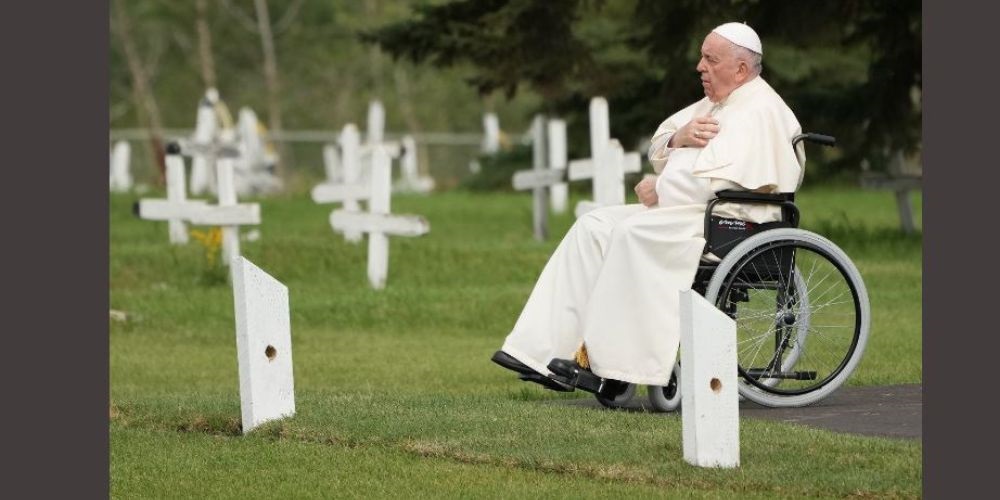