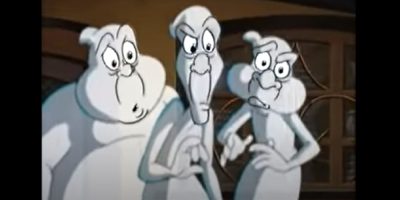 Can you have sex with a ghost?

Oddly enough, this topic has been coming up a lot in the last week after a lengthy discussion on the talk show “The View.”

Host Joy Behar elaborated on previous claims that she’s had sexual encounters with the paranormal.

“Let me just set the record straight, OK?” She said.

“It’s all true. I have had sex with ghosts. Casper was not a generous lover. The menage a trois was almost like having sex with myself.”

Behar isn’t the first to say she’s been intimate with the paranormal. In the past Anna Nicole Smith, Kesha, and Lucy Liu claimed to have had the experience.

Liu once explained the experience saying it happened when she was trying to nap.

“Some sort of spirit came down from God knows where and made love to me. It was sheer bliss. I felt everything. And then he floated away.”