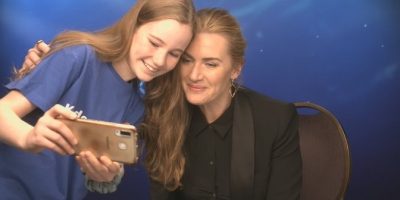 I have anxiety through the roof just thinking about it.

Thankfully Kate Winslet is amazing, as she recently put a young reporter at ease before the line of questioning began,

Martha, a child reporter for a German TV Network ZDF, sat down with the Avatar actress shyly, saying, “Um, it’s my first time.”

Winslet responded in the sweetest way possible by telling Martha she had nothing to worry about.

“You can ask me anything you want, and you don’t have to be scared. Everything is going to be amazing. Ok? You’ve got this. Ok, let’s do it!”

Afterwards, Winslet sat back in her chair with a big smile, ready to roll.

The video has gone viral since it was released and surpassed over a million views in 24 hours.

Winslet currently stars in Avatar: The Way of Water.

Kate Winslet reassuring this young girl that her interview will be amazing is the most precious thing I’ve ever seen pic.twitter.com/sm0D5FWWsM