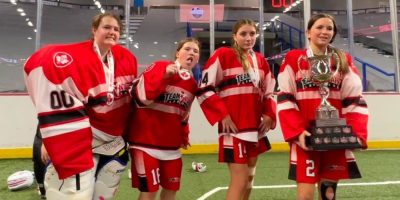 A double-dose of celebrating for Barrie Minor Lacrosse on Saturday.

There was more gold to celebrate later in the afternoon as Sebastian Danelon of the Barrie-based Bombers and the Team Ontario squad won the 12U National League Championship game in Langley, B.C.