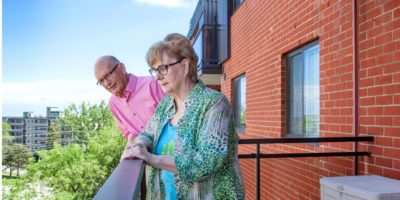 A house fire in Barrie isn’t the real story here; it’s what those in the house did that stands out.

Fire Prevention Week has Barrie 360 staff asking fire services across the region to reflect on the fires that changed them, or that taught them something new. Today, Barrie Fire’s Samantha Hoffman is praising those who did everything right when everything went wrong.

A fire on Blake Street in 2014 got its start the way many residential fires do: in the kitchen. A babysitter left some fries in the oven unattended, and it ignited the ground floor. While that may have been a mistake, what happened afterwards was life-saving.

[perfectpullquote align=”full” bordertop=”false” cite=”” link=”” color=”” class=”” size=””]”They knew that they couldn’t go downstairs in order to get out. So they went upstairs, closed as many doors as them and the fire […]. They called 911, told our dispatchers that they were trapped, that they were on the second floor, described where the window was, got out onto a flat roof with their cellphone, and waited with the children.”[/perfectpullquote]

Hoffman says knowing what to do in a fire is as important as preventing one, saying the constant communication here definitely made their jobs easier.

[perfectpullquote align=”full” bordertop=”false” cite=”” link=”” color=”” class=”” size=””]”When our trucks arrived, first of all, we knew it was an active fire, knew that there were people trapped, and when we pulled up we saw them outside, sitting on the flat roof, waiting to be rescued.”[/perfectpullquote]

Communicating these sorts of details can save time when seconds count, but Hoffman also stresses the need for an escape plan. Barrie Fire provides details on how to create an escape plan on its website, and encourages you to get the kids involved in crafting one.