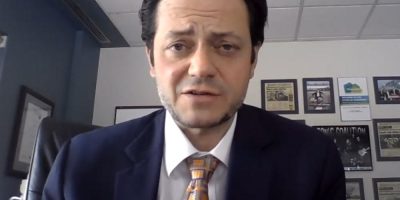 Barrie’s long-serving mayor may have overseen his last city council meeting on Monday.

Jeff Lehman, who was first elected mayor in October 2010, is now on an unpaid leave of absence, so he can run as the Liberal candidate in the riding of Barrie-Springwater-Oro-Medonte. The provincial election is on June 2.

In Lehman’s absence, Deputy Mayor Barry Ward will step in as acting mayor.

Most staff and council members applauded Lehman as the meeting concluded, but he reminded everyone that this wasn’t goodbye.

“There will be another occasion, regardless of what the outcome is in the provincial election,” he said. “I believe you are in very capable hands, and the efforts of council will continue. I know you have a very busy spring session in front of you. Keep the city’s interests and not politics first.”