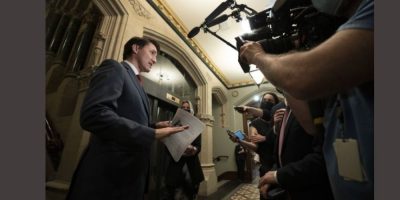 Prime Minister Justin Trudeau says his government is looking at using legislation to ensure a woman’s right to a safe and legal abortion will be permanently protected in Canada.

Trudeau spoke to reporters before the Liberals’ weekly caucus meeting in Ottawa.

He says the ministers of health and the status of women are tasked with looking at the existing laws around abortion to make sure the rights of women are protected both now and under any future governments.

During the election, the Liberals promised to introduce regulations under the Canada Health Act to ensure abortion services were clearly medically necessary and to be publicly funded.

His comment comes two days after an unprecedented leak of a draft decision from the United States Supreme Court that would strike down the right to legal abortions in that country and leave it up to state governments to make abortion laws.

Abortion is decriminalized in Canada because of a 1988 Supreme Court decision here, but no bill has ever been passed enshrining that right into law.

This report by The Canadian Press was first published May 4, 2022.