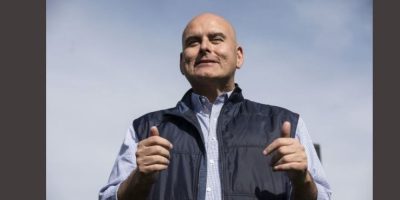 The Ontario Liberals would put $1 billion over two years toward clearing an overwhelming surgical backlog, putting a timeline and dollar figure on a pledge that’s part of all three major parties’ election platforms.

“An Ontario Liberal government would make the investments that are required to make sure that our publicly funded health-care system is set up and is supported and has adequate resources to deal with the surgical and diagnostic backlog,” Del Duca said during an announcement in west Toronto on Wednesday.

The Ontario Medical Association estimated last fall that the backlog of health-care services had grown to 20 million as doctors and nurses cared for wave after wave of COVID-19 patients while dealing with staffing shortages.

The services that were put off during the pandemic include doctors’ visits, diagnostic tests, treatments and surgeries.

In March, then-health minister Christine Elliott said the surgical backlog was around 50,000.

The Liberals would ensure wait times for surgeries return to pre-pandemic levels by the end of 2022, Del Duca said. He said they’d also create maximum wait times and publish them.

The Liberals, who are seeking to improve upon their third-party status this election, also said they would help create not-for-profit surgery centres run by local hospitals to manage higher surgical volumes, and an e-referral system that would make things “easier and more efficient” for patients and their families.

The Progressive Conservatives, who are seeking re-election, suggested the Liberals were partially to blame for the surgery backlog, saying the previous government under that party — which was voted out in the 2018 election — stretched the health-care system “to a breaking point.”

“That’s why Doug Ford and the Ontario PCs have invested billions to ramp up hospital beds, support and recruit more frontline health care workers, reduce wait times for surgeries and procedures, and address the surgical backlog,” the party said.

Last month’s budget from the Progressive Conservatives, which did not pass ahead of the election campaign and is serving as the party’s platform, put $300 million toward the “Surgical Recovery Strategy” to increase scheduled surgeries, procedures and diagnostic services “with a focus on areas with the greatest reduction in services due to the pandemic.”

The budget does not set a deadline for clearing the backlog or commit to funding the project in future years, and the Tories did not address those issues when asked for comment on Wednesday.

The NDP, meanwhile, committed to “investing” to eliminate the backlog.

The NDP would also expand operating room hours to weekends and evenings, and “engage in a health-care worker hiring blitz.”

The party’s platform doesn’t put a dollar figure on the pledge, nor does it offer a timeline, and spokespeople for the NDP did not immediately respond to a request for comment.

This report by The Canadian Press was first published May 11, 2022.