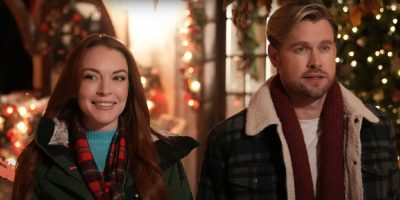 A comeback for Lindsay Lohan!

Next month, she graces the small screen in her first major role in a decade, and it’s a role she does best; a rom-com.

The Mean Girls star is the lead in a Netflix Christmas movie, “Falling for Christmas,” which comes out November 10.

The holiday film looks deliciously cheesy, but just the type of feel-good movie we like to lose ourselves in during the holiday season.

Lohan plays Sierra, a wealthy but spoiled hotel heiress who loses her memory following a ski accident a few days before Christmas.

She begins her recovery in the care of a ski lodge owner and his young daughter.

Lohan’s next film for Netflix is another romantic comedy called “Irish Wish.”

She has a three-picture deal with the streamer.