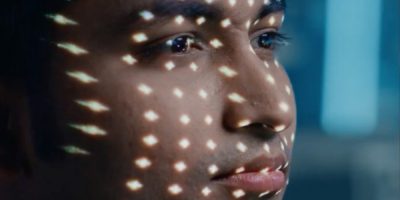 Scientists for the very first time say they have partially restored the vision of a man who has been blind for 40 years — and they did it using algae proteins. It marks a major milestone in the treatment of genetic blindness.

In a breakthrough study published this week in the journal Nature Medicine, the man, whose identity was not revealed, was treated with optogenetics therapy, which uses algae proteins to control cells in the eyes.

Forty years ago, the man, who resides in France, was diagnosed with retinitis pigmentosa. The rare genetic disorder breaks down fragile photoreceptors, or light-sensing cells, in the retina, and affects up to 1 in 4,000 people worldwide, according to the National Institutes of Health.

The 58-year-old has had no vision for the last two decades, after his photoreceptors degenerated and could no longer deliver visual information from the eyes to the brain. But within a year of the pioneering trial, his sight had been partially restored.

Optogenetics, traditionally used by neuroscientists, involves manipulating cells to make them sensitive to light. In this case, scientists used it to partially restore the man’s ability to detect light in one of his eyes.

The technique is based on algae proteins that respond to light sources with movement. In the therapy treatment, scientists took these genes and injected them into the remaining functioning ganglion cells in the retina to make them produce the light-sensitive protein ChrimsonR.

Once formed, the proteins could then respond to light and send image signals to the brain.

ChrimsonR proteins specifically sense amber light, so researchers developed a special pair of goggles to capture and project images at amber light wavelengths. Amber light is safer than blue-spectrum light, like that from cell phones and computer screens.

During the pandemic lockdown, the patient wore the goggles at home and on walks. After about seven months, he was shocked when he noticed the stripes of a crosswalk. Scientists were then able to test him in a lab when the pandemic was at a low point over the summer.

While wearing the goggles, the patient was able to perceive, locate, count and touch small objects, including a notebook, a staple box and glass tumblers, placed in front of him on a white table. While he could identify the notebook 92% of the time, he could only touch the smaller staple box 36% of the time.

Using non-invasive electroencephalography (EEG) readings, the team of international scientists found that activity in the visual cortex of his brain changed based on whether or not an object was present — confirming its connection to the retina. They called the results “remarkable.”

Without the goggles, the patient still cannot see.

“Adjusting to using the glasses takes time,” said lead researcher Dr. José-Alain Sahel. “Initially, the patient didn’t find the glasses very useful, but after a few months, he started to see the white stripes on a crosswalk and after several training sessions was able to recognize other objects, big and small.”

Researchers said it is the first time optogenetic therapy has been used successfully in humans, following more than a decade of research. An ongoing clinical trial seeks to test the safety of the gene therapy in other patients.

“Blind people with different types of neurodegenerative diseases of the photoreceptors and a functioning optic nerve will potentially be eligible for treatment, but it will take time before this therapy can be offered,” said Sahel. “I hope it will be a major breakthrough.”

While treatment does not bring the patient close to full vision, it does provide a promising starting point for researchers.

The goal of the research is to treat inherited photoreceptor diseases, which are widespread causes of human blindness. Scientists hope to test more patients in Paris, Pittsburgh and London as soon as COVID-19 restrictions are lifted and complete their trial by the end of 2025.

banner image via University of Pittsburgh