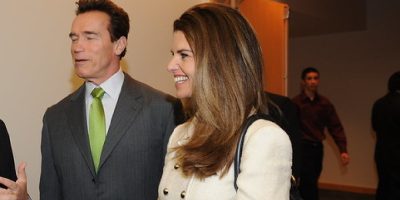 The couple announced their separation in 2011 after 25 years of marriage. A few days following the announcement, more controversy broke. Arnold admitted fathering a child with the family’s long-time housekeeper several years before.

Maria and Arnold have four children together, which Arnold says they “co-parent very well together.”

There are no details on the divorce settlement.

There won’t be many performers at this year’s “New Year’s Rocking Eve.”

LL Cool J was scheduled as a headliner at the Times Square celebration but had to pull out after testing positive for COVID-19. R&B singer Chlöe has also stepped aside.

So far, Journey and singer Karol G are still ready to perform at the 50th anniversary of the show.

On December 23rd, NYC Mayor Bill de Blasio announced the celebration is still a go, with tighter health rules and a smaller crowd of 15-thousand people.

Meanwhile, there are no changes to Las Vegas’s New Years’ plans. Reports say they expect around 300-thousand people on “The Strip” for their party.

A copyright lawsuit has been filed against the show over a movie scene from “Ace Ventura.”
For a few seconds in one of the episodes, you can see a monkey and elephants from the 1994 Jim Carrey film.

According to Ace Ventura Producers, Netflix never got permission to use the scene. They are suing the streaming service for $ 300 thousand.

In November, Carol Baskin filed a lawsuit against Netflix for using footage of her in “Tiger King 2”.

Baskin says she only signed an appearance release form for the first documentary.