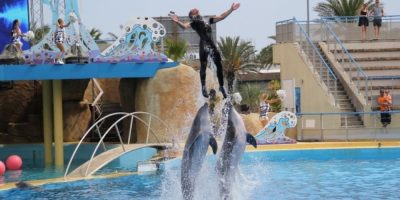 A popular Niagara Falls theme park has been criminally charged by Niagara Regional Police for allegedly putting on illegal whale and dolphin shows for entertainment purposes.

In a media release, police say they began an investigation in October, and “it was found dolphins and whales were utilized for entertainment purposes during the month of August, without being authorized to do so following an amendment to the Criminal Code under Bill S-203 on June 21, 2019.”

The criminal code provision prohibits captive marine mammals from being used for performance or entertainment purposes unless a license has been authorized by the provincial government.

Marineland issued a statement saying they don’t anticipate the courts will find them guilty and that their animal presentation was created by experts for education purposes.

Representatives of Marineland are to appear in a St. Catharines court on Feb. 14, 2022 to answer to the charges.