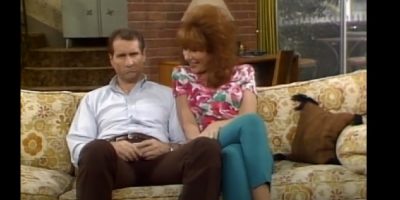 “Married… with Children” is coming back to our television screens.

The hit sitcom from 1987 to 1997 is being made into an animated show featuring classic characters Al, Peggy, Kelly, and Bud.

What makes it even better is that all the actors will be returning to their roles.

Deadline reports that Katey Segal, Ed O’Neill, Christina Applegate, and David Faustino will return to the voices of their iconic dysfunctional characters.

Rumours have been swirling worse than Al Bundy’s foot odor about a revival for many years, but the idea was always shot down due to the actor’s busy schedules.

The concept of an animated series still gives the cast an open schedule for other commitments.

Reports say Sony Pictures has been working with the stars for over a year on closing a deal before shopping the series out.

Alex Carter, who served on family Guy as executive producer, serves as a writer and showrunner.

No release date has been announced.