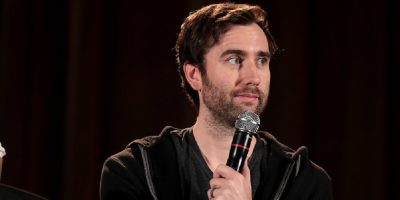 Air Canada is being called the worst airline by a former Harry Potter star.

Matthew Lewis, who played Neville Longbottom in the Harry Potter franchise shared his bad experience with the airline on the weekend, calling their customer service “s***e.”

Lewis was in Orlando flying to Toronto for Fan Expo on August 27 & 28, when he tweeted:

“Confirmed. @AirCanada is the worst airline in North America. And that’s saying something.”

Kicking me out of first class to back of plane is what it is but doing it at the gate. Literally tearing my ticket up. No explanation other than “full flight”. Said if I wanted to sort it I should go to customer service. I asked where that was. “Toronto.” I’m in Orlando 🙃

Apparently, he was bumped from first-class to economy. But the biggest issue he claims is that Air Canada literally tore his ticket up and provided no explanation other than to say the flight was fully booked.

He was told he could sort it out with customer service in Toronto. The problem was, he was in Orlando at the time.

” Honestly never experienced anything like it. I’ve been bumped before. Comes with the territory. But at the gate, less than two minutes to boarding and without explanation or apology? Never. They even said if I wanna complain or get a refund, I have to reach out to them!

In an interview with CTV, Lewis later added, “we as a society should not be okay with normalizing the profiteering of overbooking and kicking people off flights.”

The best picture I’ve done at a con. https://t.co/S2id4F4Bid

The good news is Lewis made it to Toronto for the fan expo, and while he may hate Air Canada, he loves us Canadians.

Well Toronto, you were all superb. A long overdue visit and you didn’t disappoint. Truly amazing people. Some city. 🇨🇦

As for his flight home? He took Westjet.