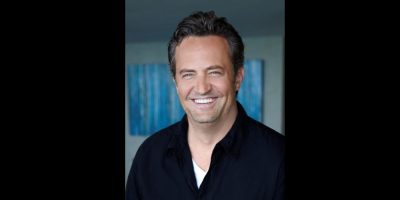 Matthew Perry had to drop out of the film “Don’t Look Up” because his heart stopped beating for five minutes.

The ‘Friends’ star had a role in the 2021 movie as a Republican journalist.

The first part of the scene between Perry and Jonah Hill was filmed before Perry underwent surgery.

In his memoir, ‘Friends, Lovers and the Big Terrible Thing,’ Perry explained his heart stopped beating during the surgery.

He recalls, “I was given the shot at 11:00 a.m. I woke up eleven hours later in a different hospital. Apparently, the propofol had stopped my heart for five minutes. It wasn’t a heart attack – I didn’t flatline – but nothing had been beating.

He explains, “I was told that some beefy Swiss guy didn’t want the guy from Friends dying on his table and did CPR on me for the full five minutes, beating and pounding my chest. If I hadn’t been on Friends, would he have stopped at three minutes? Did Friends save my life again?”

The actor dropped out of the film because he wasn’t well enough to continue.

His story is the latest from his memoir, in which the 53-year-old opens up about his history of addiction and his long hard road to recovery.

He says his road to sobriety has cost him nearly $9 million when you factor in several rehabs and hospital stays over the years.