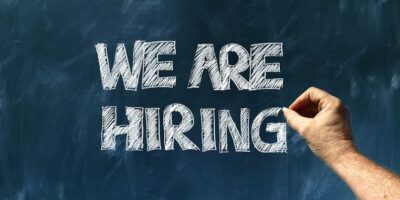 The August job report for Barrie is even better than first thought.

StatsCanada last week reported a half-point decline in Barrie’s jobless rate from July to August to 9.2 percent – better than both the federal and provincial averages.

And year-over-year, the city’s employment level was higher. Only three other cities across the country can boast that, all of them looking up to Barrie.

“We’ve actually added jobs in construction,” says Lehman, “in a category called Professional and Technical Services (up 3-to-4 thousand jobs over a year ago) which is things like engineering and architecture, and a few other sectors that have picked up, like health care – predictably – we picked up some jobs there.”

Food, accommodation and retail, which have been hit hard by the pandemic, remain below the levels of last year.

Employment in the manufacturing sector, says Lehman, is at pre-pandemic levels.

The key now is to keep up the pace.

To that end, Lehman has taken what was a support task force of local business leaders during the height of the pandemic and made it a permanent tool (The Barrie Economic Forum) for all industries to collaborate on job creation initiatives, even employee training. Lehman notes in some industries, where there is strength, there are shortages of workers … that despite the job losses due to COVID, they’re having trouble filling positions they have open.

Lehman thinks this forum could take the lead in training and retraining to ensure businesses have a pool of skilled workers to draw from, in addition to staging virtual job fairs and making better use of online job portals.