A 23-year-old New Zealand man was in bad shape (drunk) when he entered the squirrel monkey enclosure at the Zoo in Wellington New Zealand.

He was in worse shape when he left.

John Casford told a judge he wanted to steal one of the monkeys for his girlfriend.

The primates would have nothing of that, but they did have their way with Casford.

He wound up with a broken leg, two fractured teeth, a sprained ankle, bruises on his back…and a prison sentence. 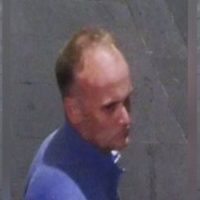