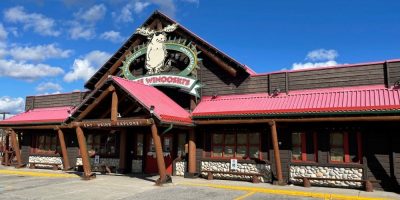 A popular Barrie restaurant has closed its doors for good.

Moose Winooski’s, a restaurant on Bayfield Street in the north of Barrie, closed permanently as of October 23. One of the owners of its parent company, Charcoal Group of Restaurants, says the location required more than they were able to commit to.

“With such a busy, busy restaurant, you can appreciate there’s lots of wear and tear on the facility,” Tom Wideman, President and co-owner of Charcoal Group, told Barrie 360. “As we assessed, going forward, it would have required a significant capital expenditure, and probably another 20-year commitment on the lease.”

The announcement that went out on Moose Winooski’s Facebook page was met with disbelief by some, but with fond memories from others. Regular patrons spoke about how they met their future spouse at the eatery, or that it was their first meal out after moving to Barrie. Wideman says he knows how they feel. “This is an emotional thing for me as well,” he said. “We had an incredible run there. We were thankful to be part of such a vibrant community.”

“I think it’s important to know we feel we’re leaving on a good note. We’ve been thrilled with the support over the years, and that it has been an emotional decision for us. But it’s just, we felt that this was best, at the time, not to renew,” he concluded.