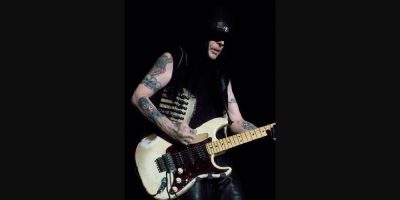 When Motley Crue heads on a world tour next year, Mick Mars won’t be with them.

The 71-year-old guitarist and founding member of the group announced he’s retiring from touring but will remain an official member of the band for both in-studio and legal purposes.

His reps issued a statement to Variety explaining the decision is due to the pain in his spine from a degenerative disease.

Mick Mars, co-founder and lead guitarist of the heavy metal band Mötley Crüe for the past 41 years, has announced today that due to his ongoing painful struggle with Ankylosing Spondylitis (A.S.), he will no longer be able to tour with the band. Mick will continue as a member of the band, but can no longer handle the rigors of the road. A.S. is an extremely painful and crippling degenerative disease, which affects the spine.

Mars has spoken publicly about his struggles with A.S, a form of arthritis that causes bones in the spine to fuse, causing less flexibility.

Mars has said he is so bent that sometimes he can’t see his guitar.

No word on who will replace Mars on tour, but Variety reports there are rumours former Marilyn Manson and current Rob Zombie Guitarist John 5 will take over.