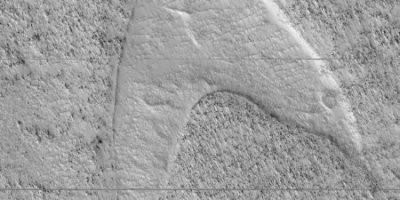 NASA’s Mars Reconnaissance Orbiter (MRO) has spotted an unusual symbol on the surface of Mars — the iconic “Star Trek” Starfleet logo. The MRO captured a series of strange chevron symbols on a Martian sand dune in the southeast Hellas Planitia region.

The MRO HiRISE (High-Resolution Imaging Science Experiment) camera team at the University of Arizona highlighted the discovery Wednesday, though the image was acquired by the team April 22.

“Enterprising viewers will make the discovery that these features look conspicuously like a famous logo,” the camera team behind the MRO HiRise image said.

Enterprising viewers will make the discovery that these features look conspicuously like a famous logo.

According to the team, the shapes on the red planet were created by wind, lava and dunes. They began as large, crescent-shaped dunes that were surrounded by lava after an eruption before solidifying. As wind blew over the dunes, it displaced much of the sand, and eventually left behind “footprints,” also called “dune casts,” that record the presence of dunes that were surrounded by lava.

The MRO has been exploring Mars from orbit since 2006, capturing some of the most detailed images of its surface. Hopefully, it finds some aliens sporting Vulcan salutes next. 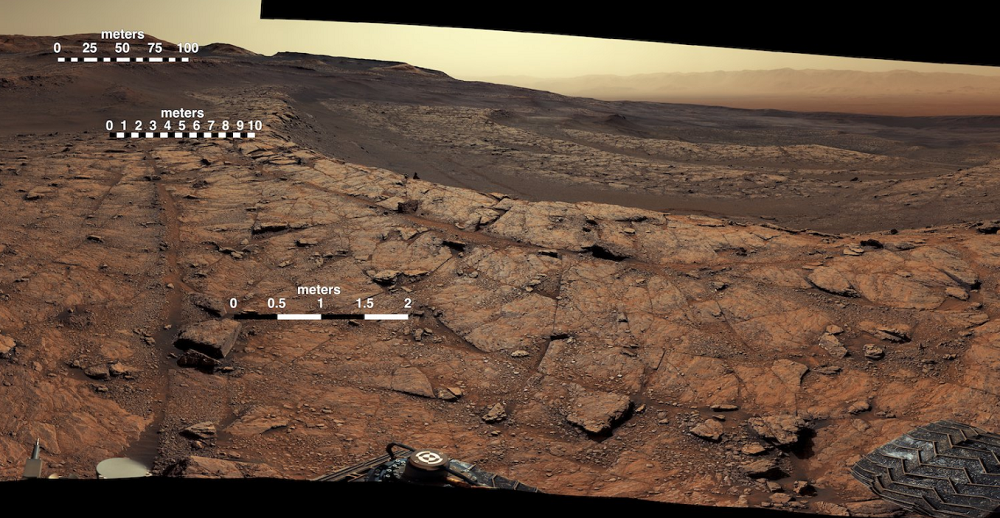