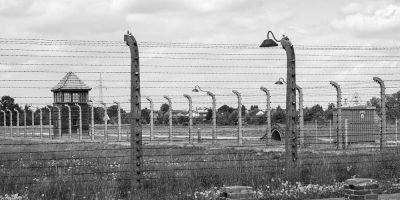 A 96-year-old woman is on trial in Germany where she’s accused of 11,000 counts of accessory to murder at a Nazi concentration camp. The trial, which began last week, could be the last of its kind.

It took more than 75 years to get Irmgard Furchner from the Nazi death camp to the courtroom. She was just 18 when she worked as a secretary to the commandant of the Stutthof concentration camp, where more than 60,000 people were killed.

Her attorneys said she rejects that she is personally guilty of any crime, and she’s been anything but cooperative, saying she’ll refuse to comment. Last month, the 96-year-old in a wheelchair tried to make a run for it when she hopped on a taxi the morning of her trial and didn’t show up in court. She was picked up by cops a few hours later.

The case reflects the race against time in the hunt for Nazi suspects as those responsible for the horrors of the holocaust succumb to old age. But Germany has been accused of “bad faith” for not acting sooner. Of the 110 suspects identified for Nazi crimes in the United States since 1973, only five were later prosecuted in Germany.

The deportation earlier this year of Friedrich Karl Berger from Tennessee at 95 may be the last. Berger was ordered removed from the U.S. based on his participation in Nazi-sponsored persecution while serving as an armed guard of concentration camp prisoners in the Neuengamme Concentration Camp system in 1945, the Department of Justice said.

Federal prosecutors said they are not actively seeking any more suspects for Nazi crimes.

“We didn’t hear from perpetrators for so many years, and so I think it’s important that we do hear from them,” said Ben Cohen, whose great-grandmother was murdered at Stutthof. His grandmother survived, but died last year.

“We say never again,” Cohen said. “How do we prevent these things from happening again if we don’t understand how they happened in the first place?”

For holocaust survivors and families, the search for closure continues until every last person is brought to justice.