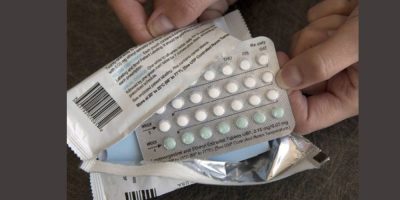 Prescription birth control would be fully covered by Ontario if the New Democrats win the June 2 election, the party promised Thursday.

Leader Andrea Horwath said her plan would cover all prescription contraception, including emergency birth control such as Plan B, the pill, intrauterine devices, implants, shots, patches and rings.

“And on top of it, you’re paying 30 bucks a month for your contraception.”

The plan would cost about $60 million a year, the NDP said.

Dr. Hava Starkman, a cofounder of the advocacy group Cover ContraceptiON, joined Horwath at the announcement Thursday and said the COVID-19 pandemic has intensified inequities faced by marginalized groups of people, and this universal coverage would help.

“We see these impacts firsthand in the lives of our patients that cannot access care. The cost of contraception prevents them from getting necessary medical support and detrimentally impacts their quality of life,” said Starkman, a resident physician in obstetrics and gynecology at the University of Toronto.

“We strongly believe that access to timely, affordable contraception is a pillar of reproductive human rights.”

The Ontario Liberals have proposed providing free menstrual products in schools, libraries, transit stations and other public spaces, as part of a slate of campaign promises aimed at women.

The Progressive Conservative government announced last year that the province was partnering with Shoppers Drug Mart to distribute free menstrual products in schools.