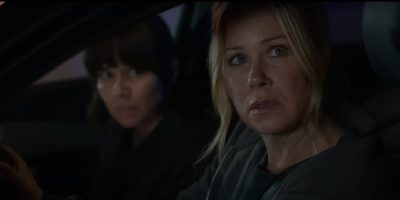 The hit Netflix show “Dead to Me” returns soon for a third and final season.

The tension is cut in the last 30 seconds when we see the women in the hospital being hilarious in the craziest of situations.

It’s great news for fans who have been waiting 2.5 years since the season two cliffhanger left us with our jaws on the floor.

It’s been a long road to get season three made. In addition to pandemic delays, in May 2021, Applegate revealed she had been diagnosed with multiple sclerosis.

Hi friends. A few months ago I was diagnosed with MS. It’s been a strange journey. But I have been so supported by people that I know who also have this condition. It’s been a tough road. But as we all know, the road keeps going. Unless some asshole blocks it.

Filming officially wrapped up in April, and it hits Netflix on November 17.

Watch the trailer below.