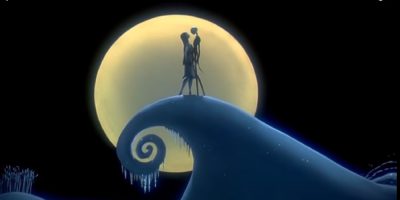 A sing along version of “The Nightmare Before Christmas” has been added to Disney+.

It’s the latest feature added to the platforms “Hallowstream.”

The Hallowstream consists of Halloween-themed movies and shows, including Hocus Pocus 2 and Marvel Studios: Werewolf by Night.

It’s the most spine-tingling, hair-raising, scream-inducing, blood-curdling, funny bone-tingling time of the year.#Hallowstream is now 😱 screaming 😱 on #DisneyPlus! pic.twitter.com/S8Pl2oaDHw

The lyrics to the musical score of “A Nightmare Before Christmas” will be on the screen, just in case you don’t know the words by heart.

The film was first released in 1993 and became an instant Halloween/Christmas classic.

feature image from “The Nightmare Before Christmas” via YouTube