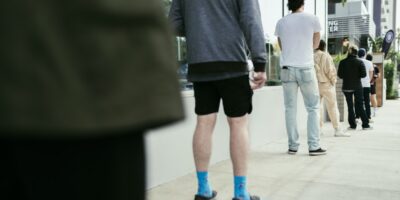 When asked about the next phase of Ontario’s reopening plan, Health Minister Christine Elliott said the province is currently analyzing data from Stage 2.

“The team is actively looking at the data and looking at entering Stage 3 as quickly as we can,” Elliott said during Monday’s news briefing from Queen’s Park.

Every community in Ontario will be in Stage 2 by Tuesday

Ford also said they are looking at a regional reopening approach for Stage 3.

On Monday, Ford announced that Kingsville and Leamington would be allowed to enter Stage 2 tomorrow.

The province held the area back due to COVID-19 outbreaks in the agri-farming industry.

“I’m in desperate need of a haircut … I’m coming down there,” Ford said. “We will find a barbershop in Leamington or Kingsville.”

The Premier had previously said he wouldn’t get his haircut until all of Ontario was in Stage 2.

“Through these proposed initiatives, we will start Ontario down the road to recovery by getting critical infrastructure projects built faster, creating jobs in communities across the province,” said Ford in his prepared remarks.

The province is proposing that any new provincial highway projects be exempt from the Hearing of Necessity process, which Ford said can “add months of red tape and construction delays.”

“This would allow for the development of more housing around transit,” said Transportation Minister Caroline Mulroney.

Mulroney said the new measures would allow the province to move more quickly with technical investigations and consultations with landowners.