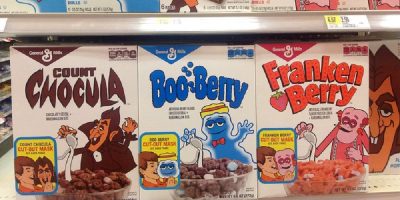 General Mills stopped making the sugary confections a decade ago but is bringing them back for nostalgia and deliciousness.

The cereals were introduced to the breakfast table in the 1970s, with characters based on cartoon monsters.

The box art got a makeover, though. You’ll see the same characters you love, with a modern sheen.

The boxes will hit store shelves in the fall.

Unfortunately, count Chocula is the only cereal coming back to Canada, so it’s a good time to reach out to your U.S friends, and ask for a box.. or four.