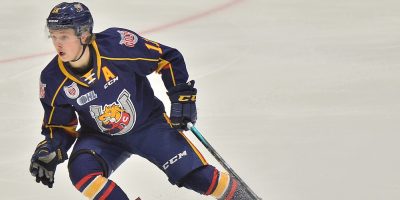 It seems like every puck Ethan Cardwell touches right now ends up in the back of the net.

With a key division game on the line Saturday night, the red-hot Barrie Colts winger just needed a piece of it to deliver the winner.

Cardwell, parked in front, tipped a Brandt Clarke point-shot past goalie Joe Vrbetic just 55 seconds into overtime to lead the Colts to an important 3-2 win over the North Bay Battalion at Sadlon Arena.

The San Jose Sharks prospect now has five goals and six assists for 11 points in his last six games after getting his stick on a perfect low drive by the Colts captain.

“We need that from our top guys and it was nice to see that they made that play,” Colts head coach Marty Williamson said of Clarke and Cardwell teaming up on the winner.

“It is (an important win),” said Williamson, whose team was coming off a tough 3-2 home loss to Owen Sound on Thursday. “It’s funny how you see the dressing room and how enthusiastic they were before the game. I was kind of worried with the hangover from the loss, but you forget how they’re kids.

“It’s the coaches that are more (concerned) about the loss than the kids do. They get themselves ready. I thought we were ready to play today and I was proud of them.”

The Colts were determined to battle back from Thursday’s tough loss, especially against a key division rival they are chasing in the standings.

“It felt really good to squeak out an extra point (Saturday),” said Colts forward Declan McDonnell, who had a goal and assist in the win for Barrie. “We got a big goal from (Cardwell) in overtime and I think the boys are really happy to get the two points and some momentum going into (Sunday night) against Hamilton.”

Dalyn Wakely had the lone goal of the first period to put North Bay on top, but the line of Beau Jelsma between McDonnell and Cardwell went to work in the second.

Jelsma tipped home a McDonnell shot just 1:15 into the frame to tie it and then McDonnell would give Barrie the lead when he ripped a shot past Vrbetic late in the same period.

North Bay would get the equalizer midway through third on a fortunate break.

Mack Guzda, who shone again in goal for Barrie with 34 saves, kicked out a rebound to teammate Ian Lemieux.

The puck, though, would bounce over Lemieux’s stick to a waiting Owen Outwater, who fired it past Guzda.

“They kind of squeaked that one in there,” Williamson said of North Bay’s tying goal. “I thought Guzda had another fantastic game for us. I thought we had good chances too, especially in the first period we could have had a couple.

We didn’t get rewarded, but we stuck with it and got two in the second so I’m pretty happy overall with the effort.”

The Colts cap off a busy week Sunday night when they host Hamilton. Many consider the Bulldogs the favourites in the Eastern Conference after the key additions of Anaheim Ducks top prospect Mason McTavish and punishing defenceman Arber Xhekaj at the OHL trade deadline.

“We’re talking about one of the premier teams and they made the additions for a Memorial Cup type run,” Williamson said. “We wanted this test to see how we kind of stack up against the (Jan) Mysak’s and McTavish’s and their blue line.

“It’s a good test. It’s the games that we got to learn at because our hope is to meet them in the playoffs and have success, so it’s a good learning curve against them.”

ICE CHIPS: The Colts will be without Jacob Frasca for sometime after he separated his shoulder in Thursday’s loss to Owen Sound. The Colts will also be without defenceman Beau Akey (COVID protocol) for at least week. While they’re tough losses, it gives rookies Grayson Tiller, Ben Pickell and Roenick Jodoin more ice time. “There’s always a method to the madness with the development of these players, and we’ll make the best of it,” Williamson said. “It’s next man up. Today it was (Jodoin) and Pickell giving us some energy. I’m proud of these guys that go into the lineup that produce and give us some minutes.” . . . The Battalion outshot the Colts, 36-28. 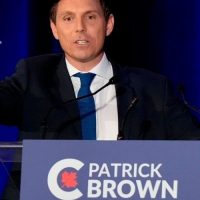 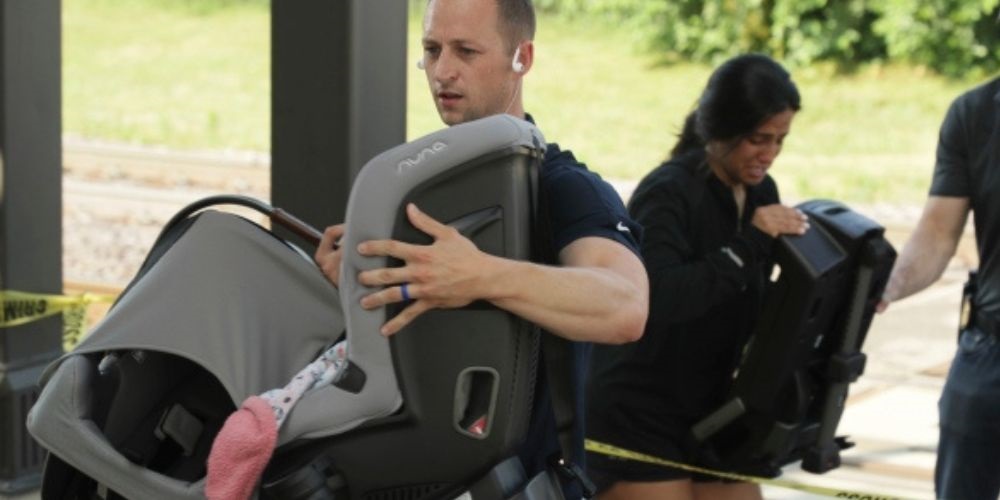