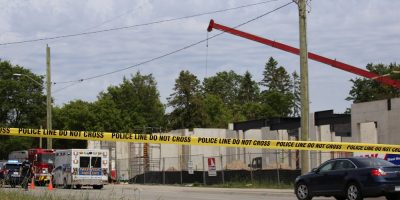 One person has been killed after a crane collapsed at a Barrie job site.

First responders were called to the scene around 2 p.m. Thursday with reports of a serious industrial incident. The Barrie Police Service confirmed one person was killed when the crane at a construction site collapsed.

Dunlop Street was closed from Anne Street to Eccles Street as a result of the incident. While an air ambulance was called in, Barrie Fire Service confirms it was waved off following the victim’s death.

The Ministry of Labour will be investigating the incident.