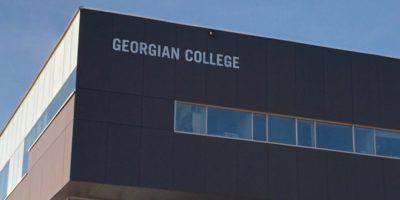 Thousands of employees at Ontario’s 24 public colleges could walk off the job later this week.

In an open letter to college presidents on Monday from the Ontario Public Service Employees Union, the College Employer Council (CEC) was urged to do the right thing to ensure students are protected and their school year is protected.

In an open letter today, @CollegeFaculty at 24 Ontario public colleges say they’ll strike at 12:01 on March 18 if the @CECouncil won’t agree to voluntary binding interest arbitration. @OPSEUSmokey said it’s not too late to reach an agreement #OnLab #OnPoli https://t.co/PRQAS7VLkX

OPSEU said should the CEC not agree to binding interest arbitration, members will “have no choice” but to partake in a full strike as of 12:01 a.m. on March 18.

Faculty have been participating in a work-to-rule campaign since December.

“Labour relations is just that: a relationship between partners. It requires mutual respect and compromise. We are willing to preserve that relationship and do what’s best for students by settling through arbitration. We hope that you will meet us there and provide the certainty students need,” the letter states.

“On February 17, 2022, faculty across the province rejected your final offer, after spending months attempting to find a middle path between your proposals and ours to avoid escalation.”

CEC posted on its website that it is “not seeking anything from the union” and therefore can’t agree to enter into binding interest arbitration.

It’s unclear what the unresolved issues are.

In a news release, the chair of the union’s bargaining team, JP Hornick, claimed that the faculty “haven’t made any unreasonable demands” and that everything they have asked for is “easily achievable.”