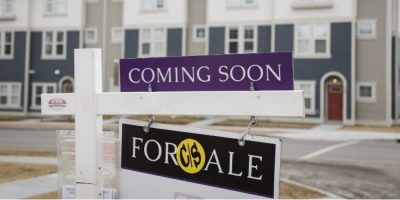 A new study conducted by Chartered Professional Accountants of Canada (CPA Canada) finds that Canadians who don’t own homes think homeownership remains far out of reach despite prices cooling slightly across the country.

CPA Canada says half of non-homeowners surveyed believe it’s unlikely they ever will buy a home, 21 per cent think it’s very likely while 29 per cent view it as somewhat likely.

The study finds nearly 90 per cent of respondents view rising interest rates as the greatest hurdle to getting into the housing market.

Eighty-four per cent of respondents cite down-payment affordability as another significant challenge, followed by taxes and mortgage payments at 81 per cent and income stability at 69 per cent.

CPA Canada says that 60 per cent of homeowners find that affording necessary renovations is challenging, 40 per cent say it’s hard to keep up with mortgage payments and taxes, while 35 per cent struggle to pay utilities.

The study comes as the Bank of Canada raises its key interest rate half a percentage point, which is expected to put further pressure on Canadians with variable-rate mortgages and keep prospective buyers on the sidelines.

This report by The Canadian Press was first published June 1, 2022.