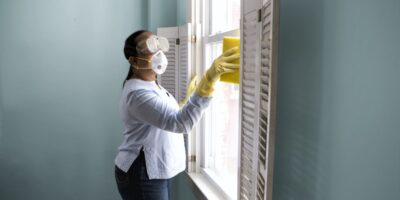 “Yes, the cabinet discussed a regional approach for Stage 3 today,” Ford confirmed on Friday during his daily news conference from Queen’s Park.

The provincial government has yet to give any indication of when we might be ready to enter the next stage.

“We are going to rely on all of the medical officers of health, all 34 of them from across the province, and I am sure that we will be doing the same staged approach,” Ford said.

Ford had initially rejected the idea of lifting restrictions on a regional basis.

The Premier described an outbreak at a nail spa in Kingston, as “proof the system is working.”

Kingston, Frontenac and Lennox & Addington Public Health declared an outbreak of COVID-19 at Binh’s Nails and Spa on Thursday. The salon, which just reopened on June 12, is now closed until further notice.

Officials have now linked 18 new cases of the virus to the salon and they have notified over 500 patrons they may have been exposed between June 12 and June 24.

“It shows that the system is working, because of how quickly we were able to contact those 500 patrons,” Ford said.

Meantime, the topic of mandatory masks was broached again. Ford has been adamant that it doesn’t make sense to make masks mandatory, because the province can’t enforce it.

A group of Canadian doctors and scientists are urging lawmakers to make masks mandatory in some public spaces.

Today marks the first day for the mandatory order that requires everyone to wear a mask in businesses in Windsor-Essex.

The province also announced an additional $4 million in funding for the Seniors Community Grant Program.

The funding will help non-profits and other organizations develop programs for seniors to combat social isolation.

“It’s incredibly important to ensure our seniors have the supports they need to live full, rich and socially active lives, especially during this pandemic,” Ford said during his prepared remarks.

Click here to apply for the Seniors Community Grant Program.