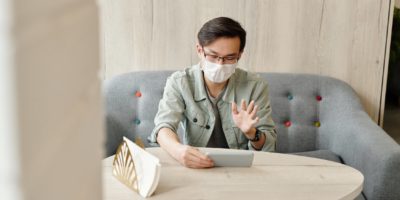 The confusion on family gatherings during the current state of emergency in Ontario was addressed on Monday by Premier Doug Ford. “I’d keep with immediate family, just for a little bit longer.”

Ford says he’ll hopefully have more to say about “family gatherings” soon. The premier than gave the example of a “family bubble,” saying his own children came over on the weekend, “without their partners.”

Current emergency order rules ban public gatherings of more than five people in Ontario. And the province is expected to extend its state-of-emergency order on Tuesday to June 2. “Yes, we’re going to have to extend the order,” confirmed Ford.

Ontario allowed non-essential retail stores to open for curbside pickup today. Those stores must follow the same public health measures as grocery stores and pharmacies do. Provincial parks also reopened today, though camping grounds, beaches and playgrounds inside the parks will remain closed.

Ford also said an announcement on when daycare centres’ and schools will reopen is coming early next week. The province has separately announced that publicly funded schools will be closed until at least May 31.

Ford had said health officials need to see a consistent drop in the number of COVID-19 cases for two weeks before that happens.

Minister of Education Stephen Lecce also announced on Monday his support for a plan to postpone prom and graduation ceremonies.

Lecce is asking school boards not to cancel graduation and proms, but rather host them in the summer or fall when it is “safe to do so.”

“It’s our job to rebuild the economy”

Ontario’s budget watchdog released its Spring 2020 Economic report Monday, projecting the deficit will quadruple to $41 billion in 2020-21, the largest in the province’s history.

The report says the province’s net debt-to-GDP ratio will jump to a record 49.7 per cent — up almost 10 percentage points from last year.

Premier Ford responded to the report during Monday’s news briefing at Queen’s Park. “It’s our job to rebuild the province, we’ll get back on our feet.”

Premier Ford supports an automatic license suspension increase from seven days to 30 after a teenager was caught going 308 km/hr in his father’s car over the weekend.

“You have to throw the book at these people, but Thank God he’s alive,” said Ford. “I have to be honest, I didn’t think a car could go that fast.”