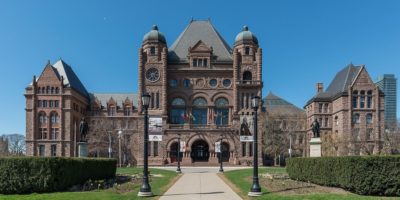 Civic-minded students are being invited to get a taste of what life is like as a provincial politician.

The Legislative Assembly of Ontario’s Post-Secondary Model Parliament is putting applicants through the paces, participating in a parliamentary simulation in the actual Legislative Chamber. Students would take on the role of an MPP and debate the bills they created. Barrie-Innisfil MPP Andrea Khanjin is no stranger to this program. “I personally did one in the Ontario Legislature when I was, well, I’m still in my youth I suppose, but when I was moreso in my youth.” Khanjin tells Barrie 360, “They get to experience what it’s like being an MPP. So not only are they actually in the Legislature, debating, doing a mock question period, debating a mock bill, making up party policy.”

Khanjin says this should open some eyes. “It’s different watching it than actually being there, actually scaling the size.” but she adds there are some aspects of politics are left out. “It doesn’t allow you to get the consitutency community element, in terms of you’re fighting for a policy for your community. It’s really about the procedural and historical part of the Ontario Legislature.”

The Legislative Assembly is currently looking for civic-minded Ontario post-secondary students from across the province for its Model Parliament Program!

The program is open to all students who are permanent Ontario residents and enrolled in a recognized college or university. An essay and academic letter of recommendation from a professor will also be expected as part of the application. It is an annual program with applications being accepted in the Fall for an early January mock session.