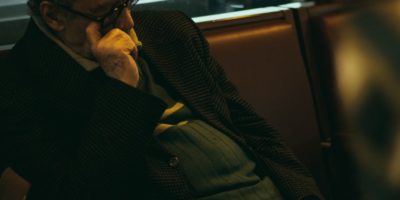 With over 100 of Ontario’s 626 long-term care facilities experiencing Covid-19 outbreaks, hospital resources are being deployed to help wherever possible.

Ontario’s Minister of long term care says in the past 24 hours, five provincial hospitals have stepped up to support 38 long term care homes. Dr. Merrilee Fullerton says this model will be applied right across the province. Health Minister Christine Elliott says resources, nurses, family doctors will all be shared across the system and redeployed where they are needed the most.

Ontario confirmed 514 new COVID-19 cases Thursday, pushing the provincial total to nearly 9,000. Minister Elliott says the province now has over 20,000 acute care beds and around 2,800 of those beds have ventilators. Premier Ford said the province plans to add another 4,200 acute and critical care beds by April 30.

Province surpasses testing target, but changed how tests are counted

Premier Doug Ford promised to increase testing to 8,000 people a day by Wednesday. Ford delivered on that, but with a caveat. The province reported 9,001 tests on Thursday. However, they changed to a ‘tests’ completed model instead of a ‘people’ tested model – as was previously the case.

The change means that some of the 9,001 samples could have come from the same person twice or from the province’s existing testing backlog. When questioned about the change, Health Minister Elliott said it just brings Ontario in line with other province’s testing reporting.

The province is in a “half-decent” position according to Premier Ford. He accredits that to being prepared. Ford says more modelling data could be released this week or next.

US President Donald Trump signalled Wednesday he’s prepared to support easing travel restrictions along the Canada-U.S. border “sooner rather than later,” saying Canada is “doing well” controlling the spread of Covid-19. Prime Minister Justin Trudeau maintained Thursday that it will be “many weeks” before the two countries can loosen restrictions. Premier Ford took a different approach. “I don’t want them (Americans) in Ontario,” Ford said.

The Premier says Trudeau should say no if Trump moves to reopen the border. “Until we have containment we should keep our border closed, the answer is absolutely not, I don’t want them (Americans) in Ontario,” Ford said.