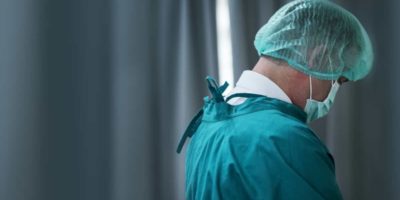 Public health officials in Ontario revealed new Covid-19 projections Monday. It shows the wave of new community-spread cases appears to have peaked. However the modelling also shows the spread in long-term care homes is still growing. Health officials say the sacrifices people are making to stay home and wash their hands are making a difference.

But this doesn’t mean Ontario flattened the curve. “We’re at peak in the community but we are still at the accelerating upswing of the curve in long-term care homes,” said Adalsteinn Brown, dean of Dalla Lana School of Public Health.

Current physical distancing restrictions will last to at least May 12th

Dr. Barbara Yaffe, Associate Chief Medical Officer of Health says everyone needs to stay the course and that’s why they [the Province] extended the declaration of emergency until at least May 12th. “When we do start to lift some of the measures it won’t be a light switch on, it will be gradual because once we lift it, it can’t go back.”

The extended ‘declaration of emergency’ included restricting social gatherings to five people and the closure of all non-essential workplaces, outdoor recreational amenities, public places and bars and restaurants, expect those that provide takeout and delivery.

Premier Doug Ford used caution against relaxing physical distancing measures but did call the numbers “encouraging.” Ford said today’s data shows the steps Ontario took to stop the spread are working. However, Ford says the virus continues to pose a serious threat to our health. “Emergency measures must stay in place to continue reducing the number of cases and deaths,” said Ford.

The premier said Ontario avoided the worst case scenario. “We’ve faced the ultimate task the past few months, we’ve all been asked to make great sacrifices to protect the most vulnerable. And as a Province we should be so proud,” said Ford.

The total number of cases of COVID-19 in Ontario is now likely less than 20,000, far less than the “worst case scenario” of 300,000, according to the province. Previous provincial projections (released April 3) said that COVID-19 could last for two years and claim 3,000 to 15,000 lives in Ontario.

Premier Doug Ford won’t put a date on when economy could open up. “This thing could bite us in the backside in about 10 seconds,” he says, urging caution. Ford says Ontario is working on a framework to guide the “gradual, measured and safe” re-opening of the economy. The framework will have “strict criteria” and “benchmarks.”

“The information released today shows early but unmistakable signs that our efforts are working,” said Christine Elliott, Deputy Premier and Minister of Health.

“These numbers are not an accident. They are the result of months of planning and collective action to stop the spread of COVID-19 and flatten the curve. However, in order for these projections to become reality, each of us must continue to stay home as much possible and practise physical distancing.”