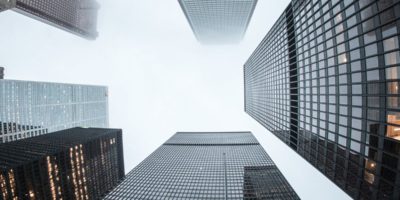 Ontario’s budget watchdog released its Spring 2020 Economic report Monday, projecting the deficit will quadruple to $41 billion in 2020-21, the largest in the province’s history.

The Financial Accountability Office (FAO) says measures to manage the COVID-19 pandemic will have a “severe impact” on Ontario’s economy over the next several years.

The report says the province’s net debt-to-GDP ratio will jump to a record 49.7 per cent — up almost 10 percentage points from last year.

“The partial shutdown of the Ontario economy due to the COVID-19 pandemic will deliver a severe blow to the province’s revenues, increase spending, and result in substantially higher deficits and debt,” said the FAO in a release.

Premier Ford responded to the report during Monday’s news briefing at Queen’s Park. “It’s our job to rebuild the province, we’ll get back on our feet.”

“Higher deficits will result in sharply increased borrowing and debt, raising Ontario’s net debt-to-GDP ratio to a record 49.7 per cent in 2020-21, up almost 10 percentage points from last year,” the report stated.

Ontario’s labour market saw a record 1,092,000 jobs lost in March and April, pushing up the unemployment rate to 11.3 per cent.

The FAO’s economic outlook assumes a “selective and gradual” reopening through the summer. And if that happens the deficit is projected to decrease to $25.3 billion in 2021-22.

Ontario’s real GDP will see a decline of 9.0 per cent in 2020, the largest annual decline on record dating back to the early 1980s.

Short-term interest rates are expected to remain at “historic lows” over the next two years. The FAO cited previous interest rate actions taken by the Bank of Canada. The BOC lowered its policy interest rate by 1.5 percentage points to 0.25 per cent in March, the lowest rate since the 2008 global financial downturn.

The “Great Lockdown” projected to be the worst since Great Depression

The International Monetary Fund (IMF)  said the “Great Lockdown” coronavirus pandemic will create a more serious recession than the Great Depression in the 1930s before rebounding in 2021 with 5.8 per cent growth. The IMF now projects the global economy will decline by 3.0 per cent in 2020.