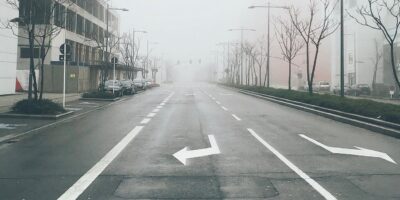 Premier Doug Ford hopes to share more news about Ontario’s reopening plans over the next week.

Even though Ontario extended its emergency orders to June 30, the premier said the province plans to move forward with stage two of its reopening plan.

“Hopefully over the next week we will be able to discuss that with the people of Ontario,” Ford said on Wednesday from Queen’s Park.

The province has previously said it wants to see a consistent, two-to-four-week decline in new cases before reopening more.

Related: No new cases of COVID-19 reported in Simcoe or Muskoka

The numbers have been fairly inconsistent over the past two weeks. Ontario reported 338 new cases of COVID-19 on Wednesday, but the numbers were above 400 for the last two days.

The premier was asked specifically if restaurants, hit especially hard by COVID-19 restrictions, may be able to open their patios in stage two.

Ford said it’s one area he’s looking at, but that health officials will make that decision.

The premier said he hopes to share more information for the struggling restaurant sector within the week.

Restaurants in Ontario are currently only allowed to offer take-out and delivery.

Read More: “It may already be too late for some downtown restaurants”

Ford opened Wednesday’s media briefing speaking about the importance of rural broadband internet, which he said is “no longer a luxury.”

“It’s why we’re investing $150 million to expand the broadband network in Ontario … we need to improve broadband and cellular connectivity to rural communities,” Ford said.

The announcement is part of the province’s $315 million initiative called Up to Speed: Ontario’s Broadband and Cellular Action Plan.

“Access to high-speed Internet is foundational to our young people’s success in learning, working, and innovating, today and into the future,” said Education Minister Stephen Lecce.

“Our government is taking action by connecting all schools to broadband, starting with high schools this September and elementary schools by September 2021. It is also why we are calling on the federal government to step up their investment to connect the next generation of thinkers and workers to the modern and digital economy,” Lecce said.