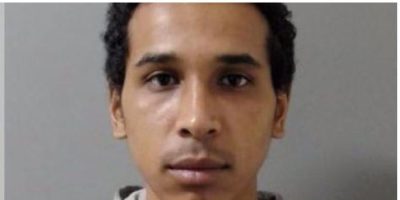 Huronia West OPP has issued a warrant for the arrest of a Wasaga Beach man in connection with an attempted murder investigation in Stayner.

On Sunday, just before midnight, police responded to a 911 at an address in Stayner. Officers located a person inside the residence suffering from serious injuries. Police say the victim was sexually assaulted and stabbed. She was transported to a local hospital and then airlifted to a trauma centre.

A warrant has been issued for 31-year-old Michael Zaakir.

Police say he stands to be charged with the following:

·        Failure to comply with release order – other than to attend court

Police say anyone with information on Michael Zaakir’s whereabouts is urged to not approach him and call 9-1-1 immediately. He is considered dangerous.

The investigation is ongoing by members of the Huronia West OPP Crime Unit. Anyone with information is asked to contact the Huronia West OPP at 1-888-310-1122. Should you wish to remain anonymous, you may call Crime Stoppers at 1-800-222- 8477 (TIPS), where you may be eligible to receive a cash reward of up to $2,000.