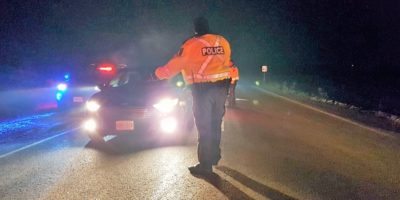 OPP launch their Festive RIDE program today, and there are changes from last year. This holiday season, police have new drug screening equipment that can detect marijuana and cocaine in a driver’s saliva. They also have the power to demand a breath test without having reasonable suspicion the driver has alcohol in their system.

“Whether a driver is impaired by alcohol, drugs or both, impaired is impaired-any time of the year. Our frontline officers have never been more prepared than they are now to remove these dangerous drivers from our roads.” said Thomas Carrique, Ontario Provincial Police Commissioner.

Police remind motorists the RIDE checks happen throughout the year, not just the festive season. The OPP Festive RIDE campaign runs from November 23, 2019 to January 2, 2020.