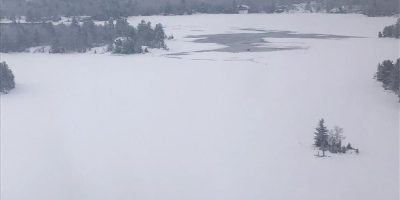 Provincial police have recovered the body of a 59-year-old Scarborough man after his snowmobile went through the ice on Six Mile Lake near O’Leary’s Island in Georgian Bay Township.

A second sledder, a 58-year-old Toronto man, who also went into the frigid water was transported to a local hospital where he remains being treated for injuries sustained in the incident.

Police said a cottager alerted first responders before 11 on Sunday morning about two people in distress.

Police, fire and paramedics arrived on the scene and took over rescue attempts from residents who were trying to assist the snowmobilers.

The investigation is continuing.